Tufts University, Boston
Dr Griffin completed his D.M.D. at Tufts University School of Dental Medicine. He served in the United States Navy and after his two-year tour of duty, he rejoined Tufts University as a Postdoctoral Fellow in Periodontology, where he received his Certificate of Advanced Graduate Studies in Periodontology.
He was named Chair of the Department of Periodontology in 1997. Since 1999, he has also served as Director of Postdoctoral Periodontology. He currently chairs a large department at Tufts with forty-two faculty members and twenty-five residents. Diplomate of the American Board of Periodontology, he has been Treasurer and a member of the Executive Board of the Massachusetts Periodontal Society, has also served as the President, President-Elect, and Secretary of the same organization. He is currently Senior Ambassador of the American Foundation for Periodontology and holds the national office of Trustee of the American Academy of Periodontology. Dr. Griffin has held positions of active leadership in the Massachusetts Dental Society, was member of the Metropolitan Boston District Dental Society for sixteen years in the House of Delegates of the state society, active member of the International College of Oral Implantologists and the Academy of Osseointegration and is a Fellow of the International College of Dentists. Dr. Griffin is well known as a lecturer in Periodontology and implant therapy both nationally and internationally. He is very active in research with bone grafting, sinus augmentation, and implant therapy. He is particularly involved in cosmetic surgery. Dr. Griffin currently maintains a large private practice in Boston, Massachusetts specializing in periodontics, oral diagnosis, and implantology.

Contributions of this expert 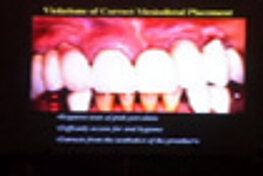 This lecture from Dr. Griffin explains his concept of placing implants in the aesthetic zone. Difficult cases and even one case of an implant removal are shown. 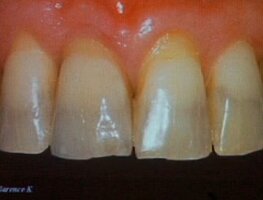 Dr. Griffin, Boston/USA, explains his concept of placing implants in the aesthetic zone. Difficult cases including a case of an implant removal are shown. He introduces a concept of how to deal with implants not placed correctly in the vertical and horizontal dimension.